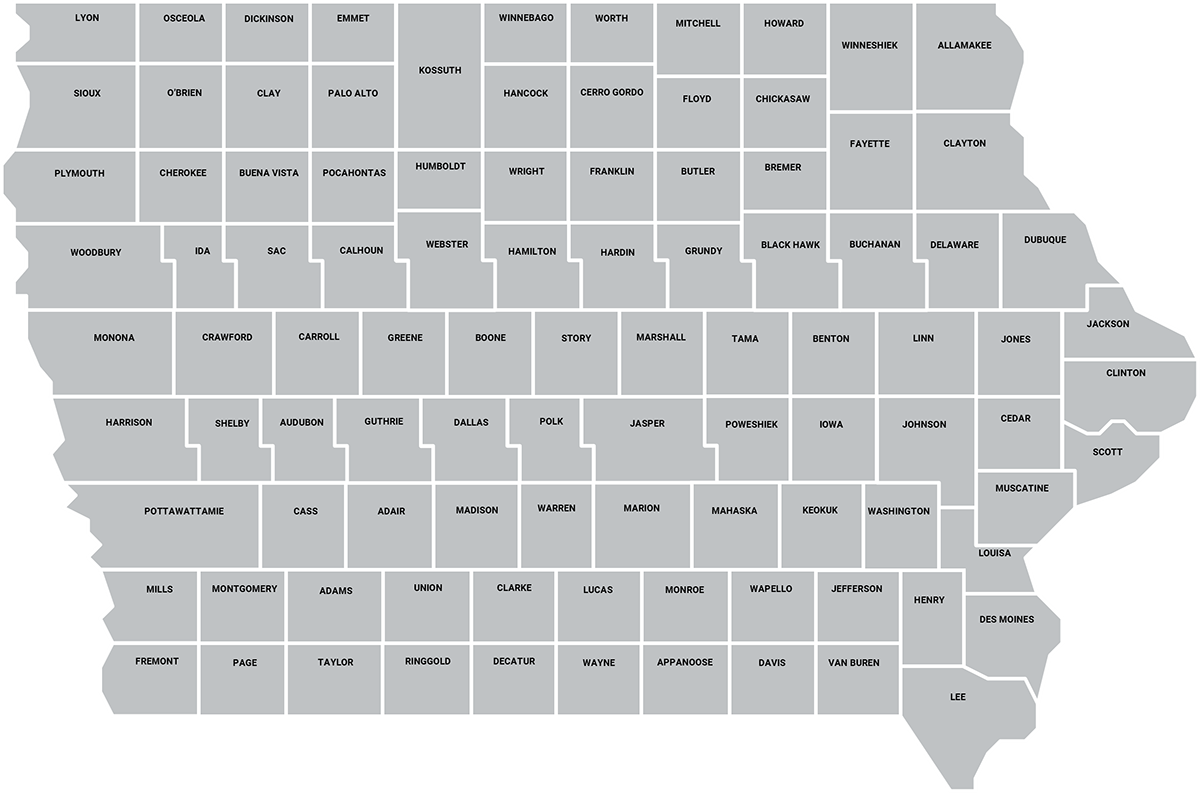 A “catchment area” is a geographic area that a cancer center expects to serve through research, community engagement, and outreach. Holden Comprehensive Cancer Center’s catchment area includes the entire state of Iowa. Holden is the only National Cancer Institute (NCI)-designated comprehensive cancer center in Iowa. Patients from every county in the state come to Holden to receive cancer care.

Approximately 36% of Iowa’s 3.2 million residents live in a rural county, with 17% residing in the 44 most rural counties. Poverty rates are 34% higher in rural counties compared with urban areas of the state. Surveillance, Epidemiology, and End Results (SEER) data from 2015-2016 indicate Iowa has a higher overall cancer rate in its rural population. In addition, while the overall cancer rate in urban areas has declined 3.8% in the most recent 10 years of data, the rate in rural areas has increased by 0.6%.

Among the 50 states, Iowa has the 13th highest proportion of population over 65 years of age (17%) and that proportion is higher in rural areas.

Iowa is experiencing rapid domestic immigration and foreign migration. Minority populations in Iowa are younger on average than the white population and have an overall lower cancer burden. However, there are important disparities. For example, Black Iowans have higher mortality rates than White Iowans for several common cancers.